You make me proud and full of joy just by your very existence. Have a great Day. 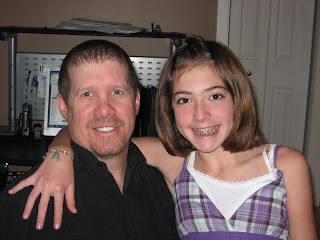 I have noticed some similarities between anonymous posters on blog sites and people who exhibit aggressive behaviour while driving. For whatever reason, it seems these people act in ways they typically wouldnt if they were face to face with you. I think the reasoning behind it is similar to that of drivers in that they have this protective shield around them. How many times have we watched people swerve, give the finger, roll down their window and swear at their fellow highway travellers. Most times its based on some small infraction that may or may not have even been intentional. I think we should all try to remember, like beginner drivers, not all bloggers have the same skills. I question whether these individuals would act this way if they left their real names when posting or if they were walking behind you instead of driving. I think the answer for most is pretty obvious.
Posted by Tit for Tat at Wednesday, April 06, 2011 9 comments: