This post is in memory of my brother Mark who passed 25yrs ago. I would love to say that I look back with some great nostalgia of who my brother was but the truth is I didnt really ever get to know him and the pieces I did know I probably wouldnt want to share. Mark Edward was born to Joan Ann and Arthur George on September 28, 1961. He died September 4, 1987. My mother drew this picture of him and in it I see both the promise and the pain that his life would be. He was a very bright and troubled human being. He was a phenomenal athlete who I idolized. I hope he is peaceful. For whoever reads this I just want to say thanks for taking the time. 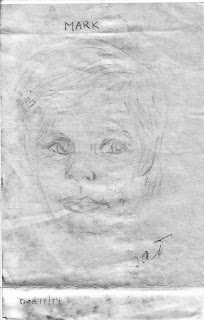 That was a nice tribute. Happy Holidays!

Have not heard from you for a while. I hope all is well!