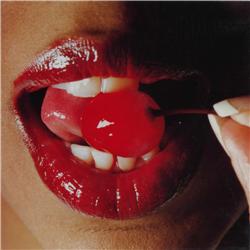 I've always wondered how the chick could tie the stem with her tongue? Equally baffling for me is how certain individuals label themselves “Conservative” even though many of their actions speak otherwise.

Now I understand that we all have certain values and for many of us those values would be deemed conservative but what do you call those people when their other actions show a completely different viewpoint? You can be pro life, same sex marriage, right to bear arms, lower taxes, which are all typically conservative values. But what happens when you have other interests, such as, porn, profanity or ostentatious displays(bling for contemporary people). I have a pretty hard time listening to people swearing more than a drunken sailor who has been at sea for 6 months or the individuals who like to role play about being “spanked by daddy” and then keeping the film in their lockbox for future viewings(hope the kids or parishioners don't find it), and then they tell you that they are conservative. Showing others that you have more and better stuff isn't a typical conservative trait, nor is it nice.

The point I'm trying to make is we all like to label others or ourselves, but doesn't that do a disservice to the person we are? What happens when we don't line up completely with that label, does that make you less of a person? Of course not! What demeans you is when you try to deny the fact that you are multi-dimensional and you label yourself based on a typical polarizing political viewpoint.

I think the individuals who call themselves Conservative or Liberal are like the chick with the cherry, they must have a forked tongue.

I wonder if he's Liberal or Conservative??
Posted by Tit for Tat at Wednesday, October 27, 2010

I think it can be hard to clarify a person's beliefs and personality in pithy phrases, but it's so much simpler that everyone just falls back on simple labels. And my cousin can tie a cherry stem with her tongue - I've always been envious!

Thanks for stopping by. Im glad you got my point. If your cousin is married, he's a lucky man. lol.

Can any of us be pinned down by one label?

I think we do ourselves a disservice when we do.
We can be mostly onservative, or mostly liberal. But wholly? I really doubt it.

I've tied a few stems. My tongue is not forked.

But yea, people are complex. People like labels though. It makes them feel that they are a part of something. A part of a group... a clan.

Thanks for the comments.

Unfortunately the post fell on deaf ears. I tried to show a blogging friend that many of her actions/behaviours were less than conservative, but she couldnt see past her political views. I am amazed how many people think conservative/liberal can only be related to a political position.

This is actually why I don't bother too much with labels. I don't feel too much like dealing with the arguments of "you aren't a real ______ because ______".

(And BTW I can tie a cheery stem with my tongue too.)